Since the closure of our clinics we have seen a dysentery epidemic claim over thirty lives, mainly the very young who succumb fast.
There has been pressure to open the clinics for many weeks despite all that has happened. Until last week vigilantes patrolled nightly the riverbank at Enekorogha and shots have been exchanged between the gang who have remained active during all these weeks, including beheading  a naval undercover operative, parading it at several communities.

It has been a time of focus and prayer at the Mission to see if this was the conclusion of fourteen years efforts. Trust has gone and gang activity rife. There has been a resurgence of Pagan / fetish beliefs that involve killing and the sale of body parts for rituals, and local churches have capitulated to community tax levies to fund pagan masquerade festivals. Our associated Pastor refused to comply, and was imprisoned, then thrown out of the community whilst his house was ransacked and a huge fine imposed before he and his family could return.

The contract on our Senior worker remains, and travel to the inner creeks impossible.

Despite this after prayer and fasting it was felt that the Clinic should be reopened on the 10/01/2018.
Things were not the same. This was not business as usual. In Revelation Chapter three the Church of Sardis was viewed as alive, but was in fact teetering on death. Looks can belie a deep rot unseen.
Too many Missions sink into flaccid 'good works' that have no spiritual depth. Conviction has long since sailed and passion for the Gospel preached has ebbed, as do-gooders take over the helm. Spineless and ineffectual they are an affront.
Christian Mission must take a stand, confront and proclaim the Gospel with love, compassion and conviction. Nothing less will do. As Paul and the Psalmist say we believe, therefore we speak. If we speak then our actions and lives must match up.

On the back of this we have let more than 50% of the workforce go, honing the team to eight God fearing, godly, passionate and sincere brothers and sisters who are  technically highly competent, but with a seriousness for the work and to bring the Gospel to their own people.

We have new Nigerian Trustees, old friends who have interceded for the delta for years, by societal standards insignificant men, but spiritually mature, not self seeking, humble and compassionate who are mentoring and supporting the spiritual health of the work.

The Mission is the Gospel, the medicine is merely the vehicle.

The rededication of the Mission was joyous and undertaken in faith give the general tension and atmosphere. The love of God comes with no compulsion, but salvation , free for all must ring in the ears of all, and truly was proclaimed that day. As seeds sown we must water, care for, and pray for a harvest. 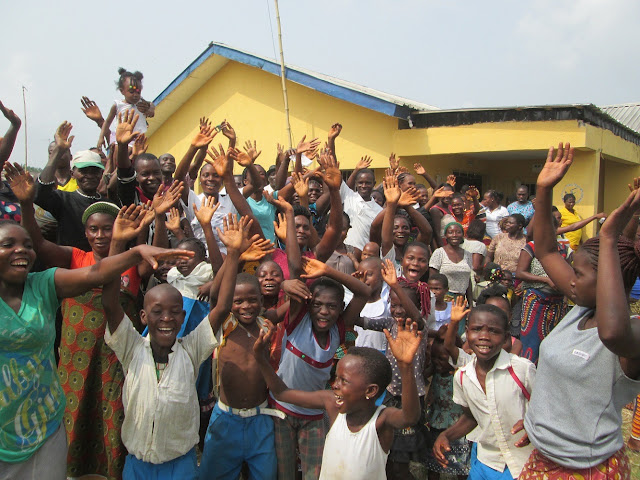 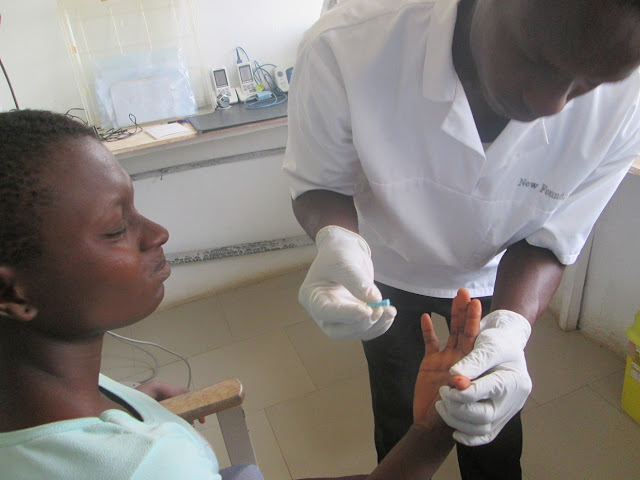 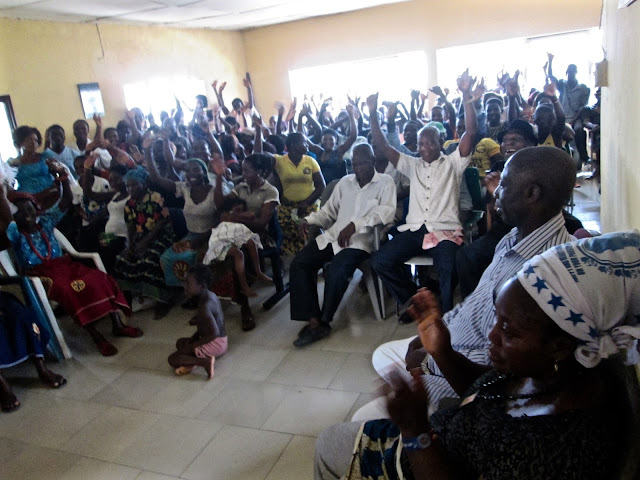 Providentially, 2 months and six days after the end of kidnapping, and the day following the rededication of the Mission, the leader of the gang was arrested. Small and slight he may be, but non the less ran a gang of over 40 men.
The day subsequent to this picture he was shot, the context unclear. 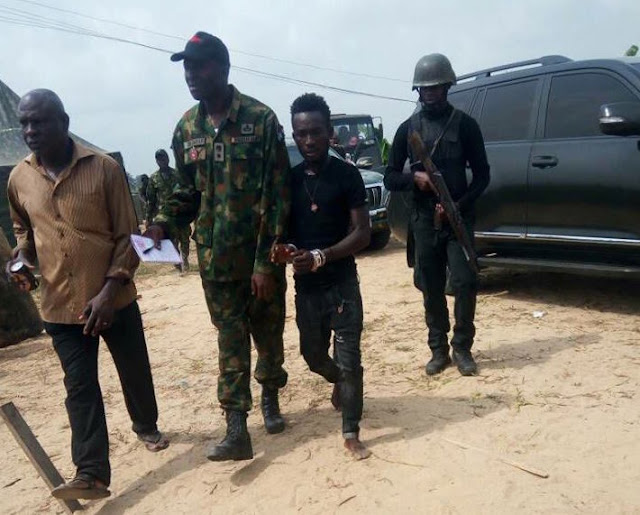 We firmly believe that standing on Gods timing to reopen and dedicate the work was obedience, the   cessation of the gangs activities the fruit of that obedience.

Despite the senseless loss of life, there is no anger to this man, no bitterness and a regret he was killed. All men deserve to hear of a God who loves them and to repent, and receive mercy. It was planned to seek communication with him, even a visit from us to tell him of Gods love personally. This now, will never be.

Enekorogha Clinic, our main hub is now back to full capacity, whilst there still remains uncertainty of our inner clinics. Until copy cat gangs are excluded we are taking local advice to monitor the situation. Praise God for His mercies and ongoing provision in the work.

A grain of harvest came today (15th) as the labourer working the Mission farm gave his life to Christ, Hallelujah!

'...but we glory in tribulations also: knowing that tribulation worketh patienceAnd patience, experience; and experience, hope: And hope maketh not ashamed; because the love of God is shed abroad in our hearts by the Holy Ghost which is given unto us.  Romans 5 :3-5